Intermesh completed their portion of this expansion project on time and within budget, speeding the availability of the new space to further increase Merck's production capacity of MMR (measles, mumps and rubella), chicken pox, and shingles vaccines. 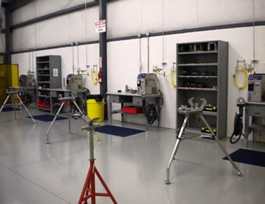 Intermech completed the successful fabrication and installation of over 6,000 lineal feet of process hygienic piping systems for the VMF-102 project.

The work was fabricated and managed from Intermech's McLeansville, NC, Operations Center. Partially as a result of the superior performance on the VMF-102 Project, Intermech has continued to receive additional major contract work at other Merck & Co. facilities.