Intermech has been selected to detail and fabricate several mechanical systems components to date for the MOX project that have included Quality Level 1 (QL-1) requirements, including the Release 3 Piping Embeds. 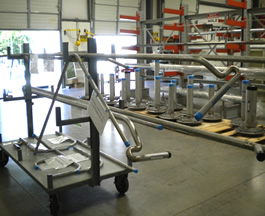 The Release 3 Piping Embeds fabrication included both QL-1 and QL-4 piping spools. Intermech performed this fabrication in its McLeansville, NC fabrication facility. This facility is approved by Shaw AREVA MOX Services, LLC for QL-1 fabrication and is currently performing additional scopes of work for the MOX Project.

Under its NQA-1 program, Intermech detailed, fabricated, tested and delivered completed QL-1 and QL-4 stainless steel piping spool fabrications that were for installation in the structural construction of the Mixed Oxide (MOX) Fuel Fabrication Facility. 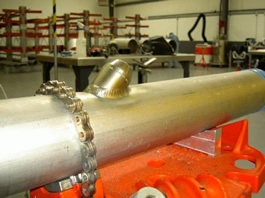 Intermech successfully detailed and pre-fabricated various stainless steel piping assemblies involving radiographic (RT) quality welds and cold bending within strict contract delivery deadlines and in accordance with rigorous project quality requirements. The scope of work performed had a contract valuation of over $600,000 and was executed from January of 2008 through May of 2009. As a result of Intermech's performance on this contract, the Company has continued to receive multiple NQA-1 fabrication contracts on the MOX Project with total contract valuations exceeding $20 million to date.